Good morning readers. Today we head to the pool! No, not for a swim, but to level one up so that others can swim. We started out with a marked out area for digging. Being a round pool, we made all points level to the center point. I did not realize until I arrived that I had forgotten my bubble level. There is indeed an app for that. It worked great too. With the phone set across a long piece of board, we dug some and took a level. Dig some more, and leveled again repeating the process until it was where we needed it to be. Then it was time to put the pool over the spot. It worked nicely except the legs came out just the smallest bit more than our excavation site. No worries on that one, we simply brought down the areas around he legs and we were golden.

The end result was a pretty darn level pool for being set in with hand tools and elbow grease. The best part though was getting to catch up with family I don’t see very often. Then it’s back to the homestead. The chicken office must be done today. Anyone that tells you stapling chicken wire is fun, get them to help quick. They have been in the sun too long. This stuff is miserable to work with. The top, and two sides are done. I’ve had to employ a ladder to get this done.

It’s going to be so nice to finally have those birds working.

Finally the wire work is done! I can barely move my hands now, but on to the next task. Due to a lack of staples, and a desire for a solid connection with the coop I’ve decided to do one side of the office with plywood.

Now it’s on to the final side. I am going to do the plywood here in two parts, because it will be coming from reclaimed scraps.

Anyone that ever tells you that chickens aren’t science, math, and engineering all rolled into one. Let them read this. The next feat, let’s call it the air lock. It will be the ramp joining the coop, to the work area. 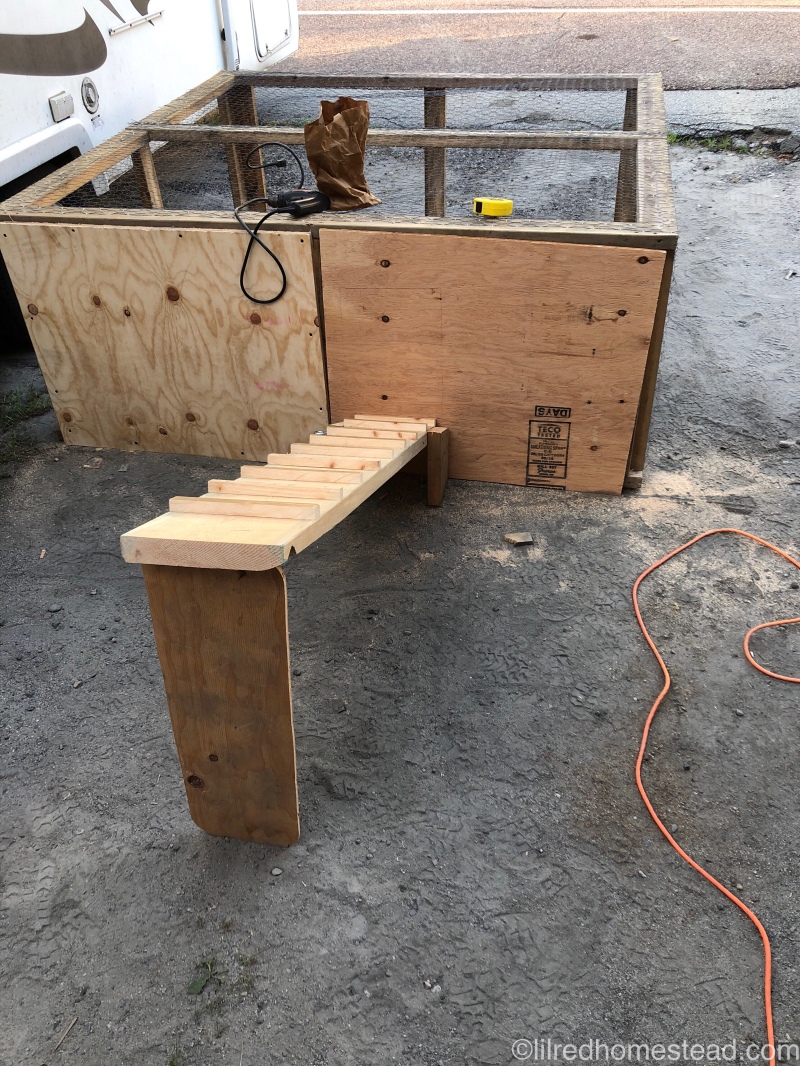 I measured to the sill on the coop I’m going to cut an entry hole in the work area, and the. Box in the “air lock” so that the work area and the coop hold it in place. We have no four legged critters around that are big enough to move either of those.

Here I am at the end of another day. I pray it is only one more day on this build.

This site uses Akismet to reduce spam. Learn how your comment data is processed.